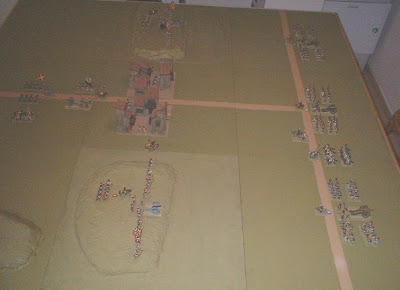 Our Christmas wargame will be the second in our refights of Wellington's Battles. Vimiero was the second of Wellington's (or Wellesley as he was then) battles in the Peninsula. It was fought to cover the landing of British reinforcements at nearby Maciera Bay.


It was quite a small battle by Napoleonic standards.