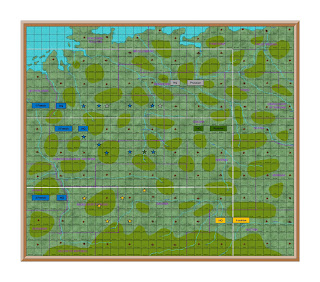 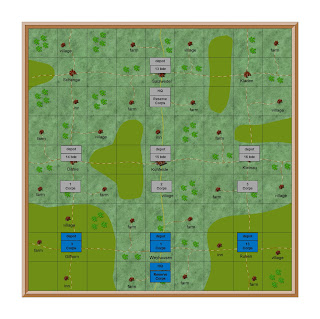 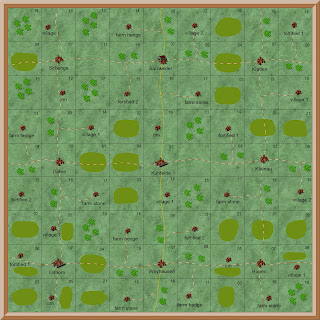 When a battle is declared in the campaign I note the squares on the campaign map
I then hand draw the nine squares from the Wargames Map noting the number
There are 23 2x2” wooden squares corresponding to those on the Wargames Map
They are stored underneath the wargame table
With my hand drawn map I can make up the table in 15 minutes
Corps are placed on the table as shown on the Campaign Map
Posted by thistlebarrow at 14:59 4 comments: