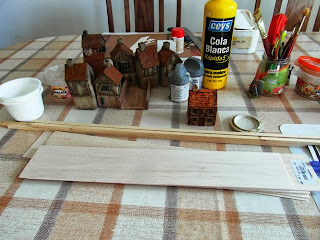 This experience reminded me of the old saying “if you don’t use it – you lose it”.   Seems to apply to model shops just as much as anything else in this ever changing world.
Posted by thistlebarrow at 12:23 3 comments: 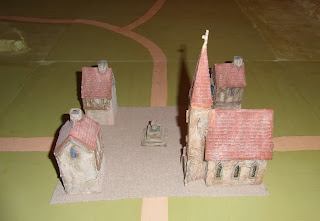 We have reached a stage in the PBEM campaign when everything is running smoothly, and I start looking for something new to do.

Usually this would be a new area map, or perhaps fiddle with the campaign rules, but this time it is buildings and scenery.

We have quite a good collection of commercial buildings, mostly Hovels.   But we bought them many years ago, long before we designed our current wargames table and reorganised our armies to create more corps with less model soldiers.

Our current terrain consists of odd shaped squares of felt.   Each one represents a village.   Towns are two squares and cities four squares.  I want to replace them with standard 6x6" squares of felt. This size allows each one to be garrisoned by one of our 8 figure brigades, without looking too silly.   The problem is that most of our buildings are too large to fit more than one on each square.

Some years ago Jan made some card buildings, roughly the same scale as Hovels 15mm buildings.   These fit well, but we need quite a few more.   So her project for the next month or so is to make more buildings.

My task is to cut our hedges and walls to fit the same 6x6” felt tiles.   All the scenery we have seems to be either too long or too short.

All of that should keep us busy enough until there is another problem with the campaign.
Posted by thistlebarrow at 11:27 5 comments: 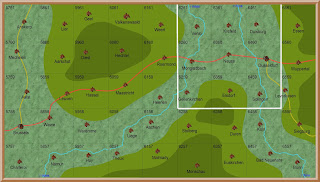 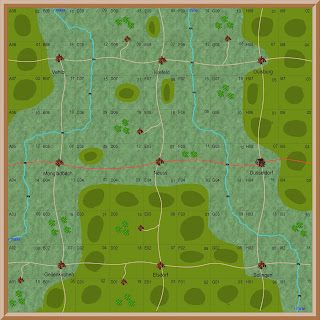 Posted by thistlebarrow at 13:18 No comments: 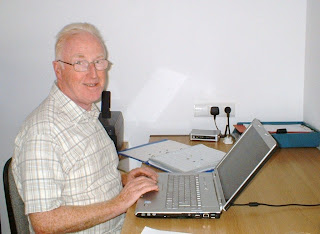 Posted by thistlebarrow at 12:30 3 comments: