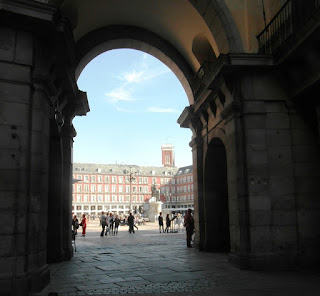 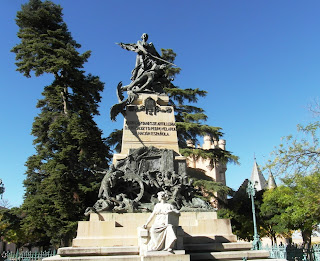 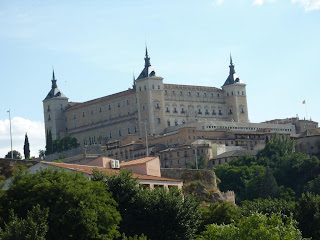 The museum is well worth a visit, but what a shame that the model soldiers are not displayed to their best advantage.
Posted by thistlebarrow at 12:59 4 comments: 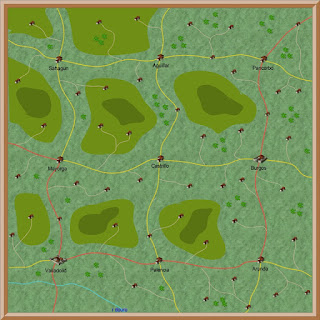 Posted by thistlebarrow at 23:32 No comments: 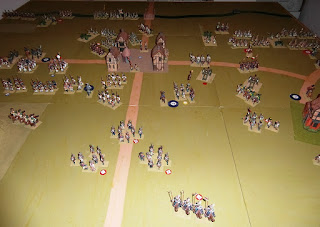 Napoleon has lost the Gera campaign!

After two days fighting at Jena the French have suffered a crushing defeat.

The French have now suffered four major defeats, including the surrender of 2nd corps, and Napoleon has ordered a general retreat.

Of the seven battles fought the French have lost five and drawn two.   Not one of Napoleon’s best campaigns!

Despite the above the French had fought a clever campaign, and had kept the Russians guessing right to the end.

The biggest mistake was to fight three battles on day one when the whole army attempted to cross the river Saale at the same time.   They lost all three battles, and one of the three corps was forced to surrender in attempting to cross back to the west bank.

The French never really recovered from this setback.

The river Saale was a very strong defensive position, and by reorganising his three division corps into two divisions each Napoleon managed to hold the whole length.   However each of his two divisions was opposed by three Russian divisions.

Finally the arrival, and deployment, of the Russian reserve corps provided Wittgenstein, the Russian CinC,  with unbeatable odds.

Despite the run of French defeats each battle provided Jan and I with an interesting wargame, and often a very close fought one.

At five months the campaign was slightly longer than I would have wished.   There were long periods of inactivity between battles, caused by reorganising and resupply,  which some players may have found boring?   But I would rate it as the most enjoyable PBEM so far.

The full battle report for Jena Day Two will appear on the campaign diary blog in the next day or two.

A summary of the whole campaign, with maps showing daily locations,  will follow shortly

You can find the campaign diary blog here
http://1813geracampaign.blogspot.com/

The next phase of the 1813 campaign will be set in North West Spain and will be the Anglo-Spanish attempt to take that city.

Posted by thistlebarrow at 11:18 No comments: