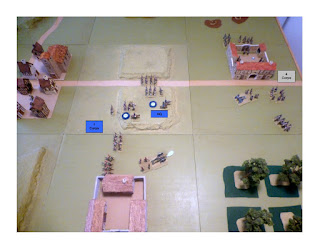 One of the main objectives of my comprehensive wargame system was to be able to use all of my model soldiers, in rotation, on the wargames table.  More than that, I wanted to be able to campaign with them.   Each phase of the campaign would last about ten days and would provide three to five battles to wargame.   Both armies in a campaign phase would have to be able to hold heir own against the enemy and to some extent recover from battle casualties.

So it was important that I reduce the effect of either “supermen” or “rubbish” troops.   In the former I would cite the French Old Guard or the British riflemen.  In the latter Spanish of all types and guerrilla in particular spring to mind.

I wanted all of my figures to take part regularly on the wargames table, no longer would Imperial Garde or Spanish guerrilla be allowed to gather dust on the wargame shelves year after year.

I choose the 1813 campaign because the French had suffered heavy losses in Russia the previous year, and had built up their new army with masses of conscripts.  Also the other nations had learned painful lessons over the previous ten years and were in most cases now equal to the French.

But how would my new rules reflect that?

Each brigade would have two ways of adding or subtracting from their wargame effectiveness.   There would be three types of troops, namely A (elite), B (average) or C (poor).   Infantry would also have the same classification for firing and skirmish.

The troop types would decide how well they would react to morale checks.

The combat grading would determine how well they skirmished, volley fired or fought hand to hand.

I was determined that there would be neither “supermen” nor “rubbish” brigades.

A French Old Guard brigade would be A class, but they would be B firing and C skirmish.

A British rifleman would be B class, but would be A skirmish and B firing.

A Spanish infantryman would be C class, B firing and C skirmish.

A Spanish guerrilla would be C class, C firing and C skirmish.

However all of this fine tuning would be levelled out by the use of dice, to represent luck.

A brigade to skirmish would roll a D6 and require 5 or 6 for a hit.   If they were A skirmish they would add 1 to the result.  If they were C they would deduct 1.   So it was POSSIBLE for Spanish infantry to win a skirmish against French old guard, but it would be very UNLIKELY.

The full detailed order of battle for every corps and brigade in the campaign, showing class and combat grading, can be found on the campaign diary blog here

Posted by thistlebarrow at 10:16 No comments: 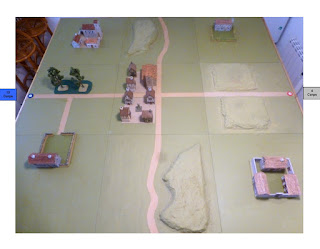 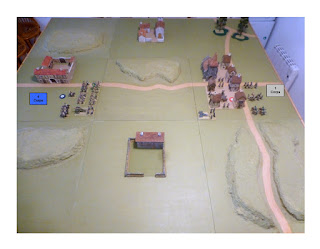 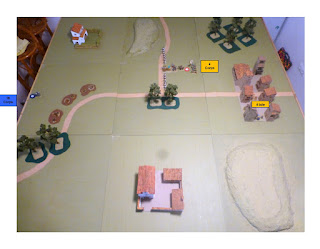 Posted by thistlebarrow at 10:44 No comments: