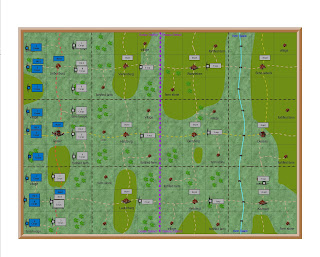 In the north French abandon Liebenburg

In the centre French abandon Goslar

In the south Prussians occupy Osterode

Before the battle of Osterode things were looking bleak for Napoleon.

However he still held the three western towns of Leibenburg, Goslar and Osterode.

Both armies were weary after six days of hard fighting

However the French had taken the brunt of the damage.

Half of Third Army was in rout, the remainder in retreat.

At first light he led his entire army west towards Goslar

Even Napoleon now had to admit defeat

His army was outnumbered three to two

His right flank had routed

He ordered a general retreat and abandoned Goslar and Liebenburg

The Prussians had won the Goslar campaign.