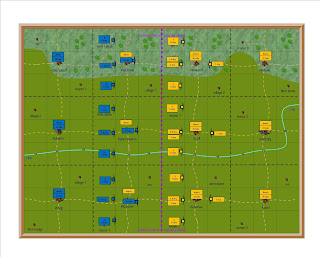 Schwarzenberg orders his army to retreat back into Salzburg District

7th army occupy, but do not advance beyond, Walchsee

8th army occupy, but do not advance beyond, Sankt Johann

9th army occupy, but do not advance beyond, Kitzbuhel 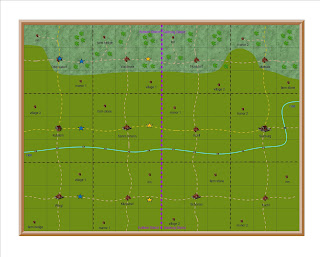 Location of battles fought during Campaign

There were seven battles fought and the French claimed four

But they then has to retreat due to supply problems

After seven battles both armies had suffered heavy casualties

The French/Bavarian army had suffered considerably more than the Austrians

But at that stage his corps were running out of supplies, and in danger of attrition casualties

To retreat was the right decision, and was surely what the cautious Schwarzenberg would have done in real life

Had it been the French, under command of the more determined Massena, I might well have fought one last battle.

Great campaign and one which would result in major amendments to future campaign phases.