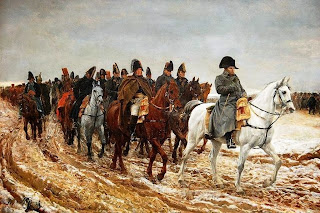 Back in July I wrote about the subject of uneven battles.

Since then I have listened to many points of view, and eventually set on a formula for resolving them without having to fight a wargame.

My preferred option would be to have the weaker side simply retreat.  This is what I always did when the campaign was solo.  It has the advantage that the larger side takes the objective without having to fight.

For a solo campaign this is fine, because I only have myself to satisfy.   In the PBEM it continues to draw comments, particularly from newer commanders.   They seem to feel that it robs them of the opportunity to destroy the smaller side and win the campaign.

I recently posted on TMP for to fill a command vacancy.   I didn’t get a commander, but I did get some comments from a previous, disgruntled, commander on this very subject.   He only lasted a week or two on the campaign, obviously not his “cup of tea”.

Since then he has twice commented about my handling of uneven battles.   He obviously believes that it should be quite possible for a smaller force to defeat a stronger one.   I am not at all sure that there are many historical instances of this happening.  I suspect that a corps commander placed in such a position would try to avoid battle.   Only when this was not possible would he fight.

My, temporary, solution to the problem is to resolve it by a dice throw.   It represents the weaker side retreating, but having to fight a rear guard action against the stronger side.   As always it is a simple procedure.  The campaign is complicated enough without making it even more so.

I throw one D6 with the following results

I have only used it once, and have not had any feedback yet.