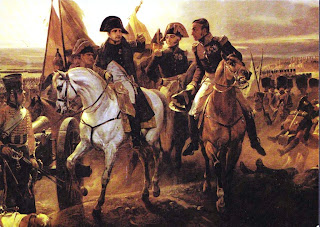 The old in the title refers to my own campaign.

I have received seven replies to my questionnaire.   Not a great deal.  But I am very pleased with the ones I have received because they are detailed, considered and constructive.   Clearly the writers have given some thought to the questions I raised and have some interesting suggestions for improving the campaign.

It would be wrong to assume that one cancels the other out.   Both have merits and both create further problems.   But at least it has given me something to think about.

The one thing which I have already come to realise is that I am the only one who can make the campaign work.   It has lasted as long as it has because I have very firm objectives and I am very clear about how I want to achieve them.   Some players, perhaps many, will not enjoy the game that results from this unyielding approach.   No doubt that is why many have left the campaign.   But the replies I have received confirm that others have enjoyed the campaign because of my firm control and direction.

I will post the suggestions on the PBEM forum in the coming weeks and give my response.   Hopefully it will encourage more comments.   The important thing is to get the next phase of the campaign right before it starts.

The new in the title is a new 1813 PBEM campaign which I heard about last week.   It is to be run by MurdocK, who has posted comments on this blog recently.   He took part in my PBEM campaign for a short time, but did not enjoy it.  This is perfectly understandable, and he did have the courtesy to tell me he no longer wanted to take part.

Then a couple of week later I heard that he was recruiting for his own campaign.  I immediately wrote to him and asked if I could take part in a minor role.

It would be really interesting to take part in another PBEM campaign.  My previous experiences have been very disappointing, but I remain every optimistic.   I am sure that I could learn a lot from a well run campaign, and that it could be great fun.

So fingers crossed that it will get going and that I will be allowed to play a minor role.   But even more important that the campaign will work and run its course.

If you would like to find out more about the campaign you will find details here: