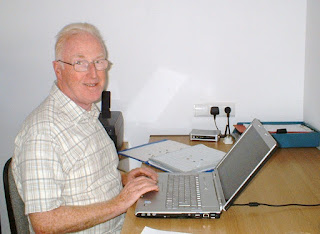 Thanks for the comments on the last post about the popularity (or lack of) of PBEM Campaigns.

It’s interesting that most of the comments were about solo Wargaming, rather than whether PBEM wargames are popular or not.

I can entirely understand the popularity of solo Wargaming.   Indeed if I was not fortunate to have a wife who also wargames, it is very likely that I would have gone the solo route.  It is probably the only way you can get to wargame without any compromise on how you want to do it.

Over the years I have only attended two wargame clubs.    I found both to be disappointing.   The standard of wargames, in particular figures and scenery, was pretty poor.   Few of the members were interested in Napoleonic Wargaming, and those who were did not share my idea of how it should be done.   I might have been unlucky in my experience, but I think it is probably pretty wide spread.

The one good thing which came from my membership of the club was a visit to Peter Gilders Wargames Holiday Centre.   I was bowled over with the scale of his set up.   I have never seen a more inspiring wargames table before or since.   To be honest I found the games a big disappointment.   Much too big, wargamers with very little knowledge of the period or the rules, complete lack of supervision or direction of the game in general.   We played Waterloo and I had the French right flank.  It was about 12 foot of table with hundreds of model soldiers.   After a couple of hours I had lost track of what I was trying to do and was worn out walking back and forth along the table.  However I did come away determined to try to achieve something similar, though on a much smaller scale.  The result was a 12 foot table in my garage where I ran multiplayer wargames for the next twenty years.

I also experienced all the frustration of trying to keep a large wargame going over a period of two or three weeks when a player who made a mess the first night did not turn up for the second and so on.  I also found that I had to umpire each game, so I got very little actual Wargaming done.  But they were great fun to organise and run.   As they were my figures on my table using my rules I could achieve the sort of games I wanted to do.  And the input from the other wargamers was a great bonus and kept me on my toes.

But I can understand that other wargamers who do not have the time, or perhaps the resources, to do this sort of thing might soon tire of attending a local wargames club.   I have never been a solo wargamer, but I am sure there is a lot of satisfaction in a long running wargame where you can think about each move for as long as you like.  I remember reading about a solo siege game which went on for months, or perhaps even years.

So,  sorry if I offended any solo wargamers out there.  That was not my intention.   I was just surprised that more did not seek to share their hobby with other similar minded gamers via PBEM.

I have only become interested in PBEM myself in the last three or four years.   And then I really wanted to take part as a player, not organise it all myself.   But when I did so I found that it added a whole new dimension to my long running 1813 campaign.   Again there are the frustrations of players dropping out and trying to find replacements at short notice.   But it beats solo campaigns hands down.

Thanks again for the comments.   I do appreciate them, and they do make me realise that I need to be a little more careful in my weekly ramblings.