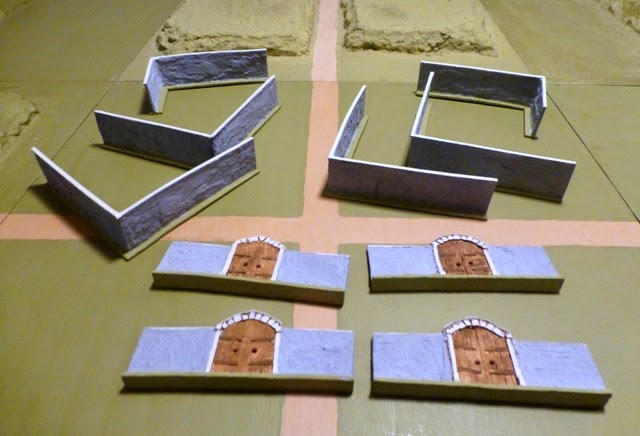 Our latest addition is a series of town walls.   I made these, which explains why they look so practical and lack any artistic appeal.  But Jan found it all too boring, so it was either me or not at all

Our wargames scenery is designed to have three different sizes of build up area, all based on 8”x8” cloth squares to show the footprint.   One is a village or farm.   Two a small town.   Four a major city.   I also wanted to be able to use either walled or open towns, hence the walls.   This is for a two square town. 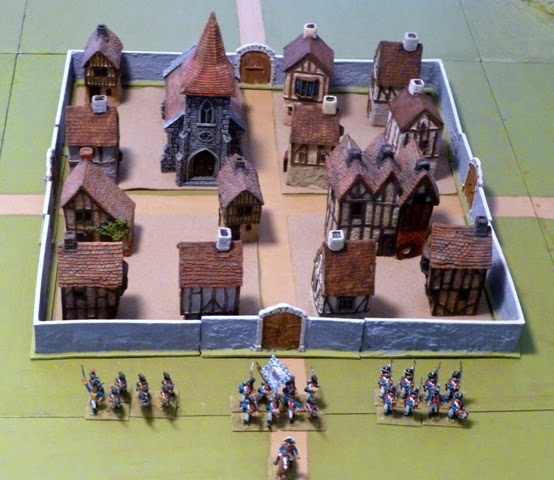 This is the four square city.   Due to Jans house building over the past year or so we now have more buildings than we really need.   Both for northern Europe and for Spain.   So as I make new maps for the campaign I include at least one city in each campaign area, plus eight towns and a similar number of villages or fortified farms