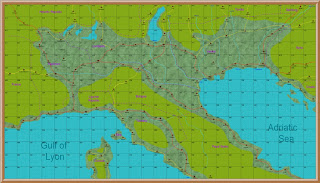 I hope to cover most of his campaigns, but not all.  The campaign in Egypt and Syria of 1798 does not interest me at all.   Nor does the Russian campaign of 1812, though I might be tempted to try it by the time we get to 1812.

I will be using my existing model soldiers and scenery.  The purists would be outraged that my late Napoleonic figures are fighting the 1796 Italian campaign, but so be it.   I will not be recruiting and painting new figures, nor will I be buying or making new scenery.  I had 40 years of that, now I just want to play with my toys.

It is not an attempt to refight the historical campaign.  It is to provide good wargames for Jan and I.  So the order of battle will be based on our model soldier organisation.  Each side will have the same Orbat, but the morale and fighting ability of each will be very different.

Each mini campaign will be stand alone.   If Napoleon loses the Ulm campaign, it will not stop him going on to the Austerlitz campaign. 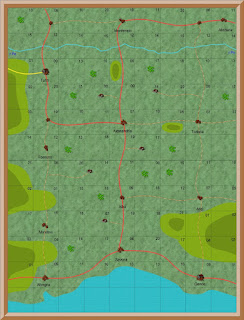 The first campaign will be in Piedmont.   The young General Bonaparte has just taken command of the tattered and demoralised Army of Italy.    His army is scattered along the southern coast.   The Sardinian army of General Colli is holding the northern towns of Turin and Alessandria.   The Austrian General Beaulieu is marching to his assistance.   General Bonaparte orders his army to march north and defeat Colli before Beaulieu can join him.

So much for history.  Now let’s see if we can get some good wargames out of it.

You can follow it all here
http://wargamecampaignsofnapoleon.blogspot.com/
Posted by thistlebarrow at 12:51