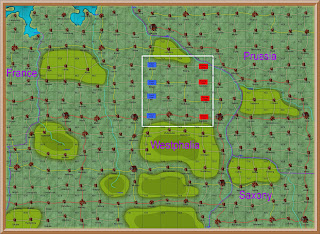 
The PBEM campaign is now three months old, and I thought it might be interesting to post a summary to date. It is quite possible that some of the corps commanders may read this blog, so I will have to be careful not to give away any information which might be useful to them in the campaign. 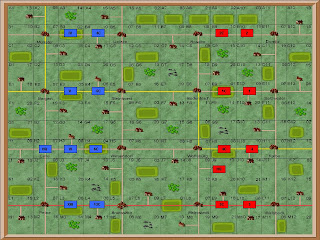 
This was the deployment of both armies at the start of the campaign. Obviously they were not aware of enemy locations.
Having crossed the river Elbe Blucher orders his corps to advance west until they make contact with the French. His strategic objective is Hanover, but he can not develop a plan until he locates the enemy corps.
Davout has received reports of a large scale Prussian advance over the river Elbe. He has ordered his corps to move east and take up defensive positions between Uelzen and Brunswick. 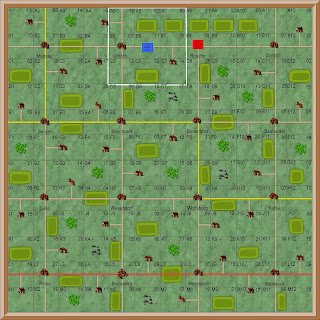 
The first battle of the campaign was west of the northern town of Uelzen. 2nd Prussian corps was marching west, IV French corps marching east. The battle opened with an indecisive cavalry skirmish, followed by a full battle. The Prussians won and the French retreated to Munster. Both sides suffered moderate casualties. 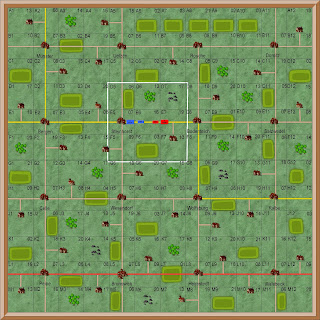 
Steinhorst was the site of the second battle. V French corps occupied the town, but moved east at first light. 1st Prussian corps was ordered to attack the town from Bodenteich and they met in the middle. The result was a French victory, and the Prussians retreated towards Bodenteich. Again both sides suffered moderate casualties 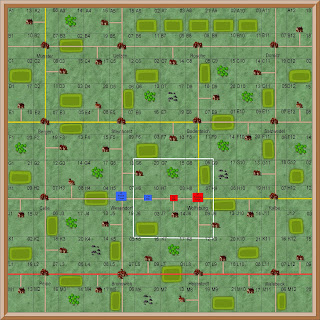 VI French corps attacked Wolfsburg at first light. 4th Prussian corps fought a hard fight, but withdrew at nightfall leaving the French in possession of the town. It was an inconclusive battle, with minimum casualties. But the French claimed a victory. 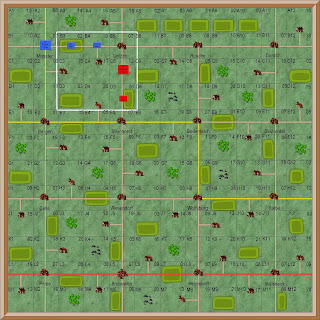 
IV French corps was recovering at Hanover, when their cavalry reported that 2nd Prussian corps had abandoned Uelzen and marched south. The French moved to take the town, the Prussians realised that its loss would sever their lines of communications and immediately marched north again. The result a hard fought second battle for Uelzen. The result a decisive French victory – the first of the campaign. The Prussians retreated towards Rosche with heavy casualties.
And that brings us up to date on the campaign. To say anymore would give away information which would be very useful to the players.
Each move in the campaign is 4 hours, with three moves to a campaign day. So the campaign has reached 15 moves in three months. Just a little better than one move a week. That was my objective, so I am pleased to have achieved it.
Four battles, and all single corps per side, is less than I had hoped. One battle per month is not enough to keep us busy. It is also considerably less than we achieved with our solo campaign.
The administration of the campaign takes a lot more time than I had anticipated. On the other hand the PBEM campaign is much more interesting and enjoyable than our previous solo campaign.
So overall a gold star for the campaign to date. It has worked much better than I dared hope and provided sufficient interest and satisfaction to make me want to develop PBEM rather than revert to solo campaigning.
Posted by thistlebarrow at 11:53