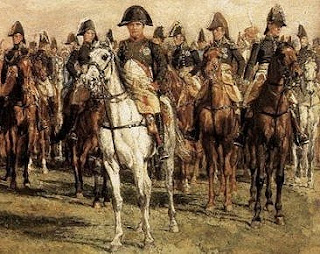 The test campaign has proved a great success and has encouraged me to convert my 1813 campaign from solo to PBEM.

I have started planning for the new campaign. It will be set in northern Germany, and will follow on from the earlier Magdeburg campaign.
The new campaign will follow Blucher’s attack on Davout and his attempt to capture the city of Hanover.
There are ten commands in the campaign, CinC and four corps commanders per side. I have offered first refusal to the existing players, but I expect to have a few vacancies to fill. If not, I will certainly have some during the course of the campaign as players drop out.
I expect the campaign to last about three months. I hope to achieve two campaign days per week, except when a battle is in progress. Each player is sent an update at the start of each campaign day. He then has 48 hours to complete his orders and return them to me. I would expect that it would not take more than an hour to write the daily orders.
If you would like to know more about the campaign you will find the following links useful.
1813 campaign blog http://new1813campaignhotmailcouk.blogspot.com/
1813 Magdeburg campaign http://1813northgermany.blogspot.com
PBEM test campaign http://pbemhannovercampaign.blogspot.com/
1813 campaign forum http://uk.groups.yahoo.com/group/napoleonicpbemcampaign
If you would like to take part in the new campaign, or would like more details, please contact me.
Posted by thistlebarrow at 10:36