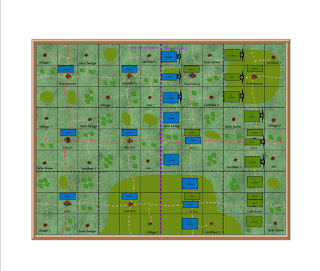 In the south 6th French army rally, regroup and resupply at Sulza

Neither are capable of renewing hostilities

The French have failed to take Gera

It is a limited French victory, but still a victory.

After nine days the French have won the Gera campaign phase.

They have won four of the six battles fought

They have failed to take their campaign objective, the town of Gera

Strange that the Russians never seem to do well in the campaign.

Out of 16 phases fought so far, they have only won three.

There is no obvious reason for this, they are similar quality to the French.

Their cavalry are weaker, having two Cossack brigades

But their artillery is stronger, having more 12 pounders than the French

So in theory the two should balance each other.

Looking forward to returning to Spain for the next phase