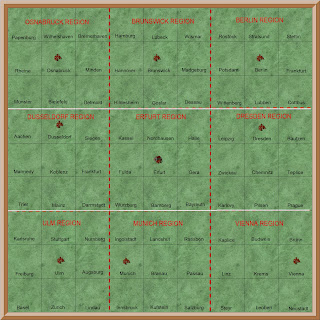 New Map of Germany
I had hoped to be able to fit the new military districts into the existing maps.
But this has not proved possible.   So I have had to make new maps.

Germany is divided into 9 military regions and 81 military districts.
The 9 regions are outlined in red
Each region has 9 districts
One square is a district, and also a wargames table 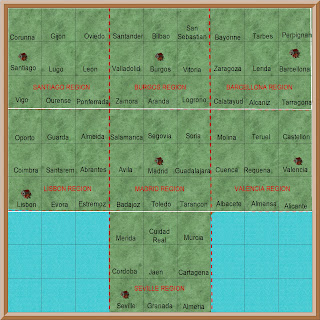 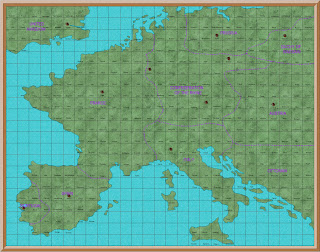 More Maps to Follow
Germany and Spain are the two most important maps, because that is where the current campaign is fought.

I will also have to make a new map of Europe.   And before I can do that I will need to make one for France and Italy.    Now that I have worked out the best layout I am hoping that this will not take too long.

However in the past the biggest problem has been trying to align France with Germany and Spain.
Posted by thistlebarrow at 12:10