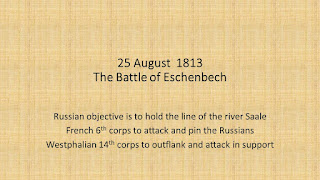 Title page for my first video

My wargaming has been completely high-jacked this week by a new project.

It all started when I decided to use photographs from our weekly hill walks to make a screen saver for the PC.   We have walked with a local group for 12 years and publish a blog of each and every walk.   The plan was to take one photo from each walk and make the screen saver.   When I finished the first year Jan commented that it was a shame we could not share it with the rest of the group.

This prompted me to google how best to copy the file, and led to PowerPoint.  There are many other ways, but this was the best supported by tutorials on YouTube.   I have never used it before but was determined to give it a go.

Doing a basic video took a couple of days.   Though very basic I was quite pleased with the outcome.   Then a friend suggested I add music, and that was a whole other can of worms.   I finally managed to add “chariots of fire” from my music collection and posted it on YouTube so that I could send a link to my friends.   Then I discovered copy wright and how tough YouTube can be.   In fact they did not contact me, but I deleted the folder anyway.   I discovered that there is a list of copy wright free music on YouTube and I downloaded some.

I finally managed to complete a test video with music.  It still requires a lot of work but I was not unhappy with it.

All of that sounds pretty simple, but each time I discovered something new I had to go back and redo the PowerPoint presentation.   I spend a LOT of hours working on it.

Then I thought I might be able to do something similar for my campaign battle reports.   For many years I have produced them using Microsoft Publisher, and have always been quite happy with the results.   But having seen my walking video I just had to have a go with a battle report.

About this time a friend, who is really into photography, suggested that I try one of the apps available.   Unfortunately the one he suggested is only available on IPad, not on PC.   Now it really got complicated.

He spent two hours teaching me how to use Perfect Video, during which I made pages of notes.   And much to my surprise I managed to create a slide show video and update it to YouTube.   Much easier than PowerPoint.

However to produce a battle report I had to be able to add arrows and unit titles, and that is not available with Perfect Video.   So I would have to do that in PowerPoint.   I then discovered frame ratio.   On PowerPoint they use 16:9 and on Perfect Video 4:3.  It was all mumbo jumbo to me too.   So most of today was spent trying to transfer one format to the other.

I wanted to put something on YouTube so that I would have something to show for my week’s work.   I have nothing to report from the wargame front, because the only thing I have done in the wargame room is take photos of a fictional wargame to use for the video.

I was quite pleased with the video when I ran it on the PC, but much less so when I put it on FaceBook.   The quality of the photographs is much less that I would like, even though I was careful to take them in focus.   Not sure why that is, and no doubt quite a lot of next week will be taken up trying to find out why.

I am also not sure whether a video works for a wargame.   On this one there are only four moves out of the normal twelve, and three photographs for each move.   But  even I found it difficult to follow what is happening.

If you would like to see my first attempt, warts and all, you will find it here