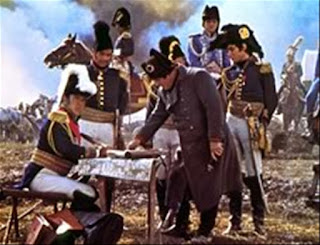 In the map movement part of my PBEM campaign cavalry are only used for recce.   There are no large bodies of cavalry, only the brigade attached to each corps.

When I wrote the campaign rules I allowed them to move six squares per day on roads, which is double the three squares allowed to the rest of the corps.

I had not anticipated that most players would want to use the cavalry to their maximum movement, though I should have done so.

The problem is when a battle is declared and I have to create the wargame to fight the battle.   Each map square is a 2x2 foot square on the table.

In my wargame rules only army and corps commanders can issue orders to brigades.   To do so they must be within 8” of the brigade concerned.   Any brigades out of command range are disordered and must move to command range of their commander

All of this would not be too much of a problem, if it were not for the fact that in a small one on one corps battle if one side does not have any cavalry they are at a severe disadvantage.   And if the cavalry brigade is two squares away on the campaign map they will not reach the battle area until half way through the game.

So I have have amended the campaign rules to confirm that cavalry must remain in an adjacent square to their parent corps.  So, in effect, they can extend the recce of the square by one square.