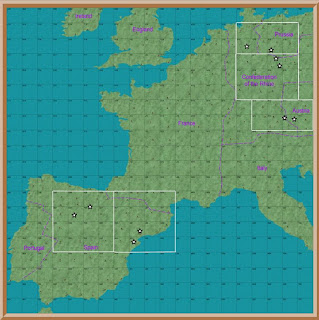 Northern Germany is the problem.   The Prussians won the last mini campaign and took Hanover.   Fortunately the French retreated north.  So it looks like the next phase will be the Hamburg Campaign.
Posted by thistlebarrow at 15:42