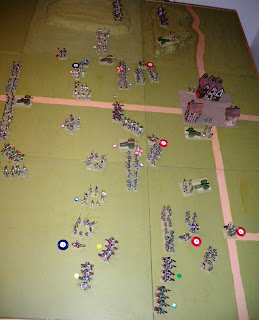 We are still on the first day of the campaign, and there is a real possibility that the French will have lost by nightfall.
Posted by thistlebarrow at 16:53