Good Manners on the Internet 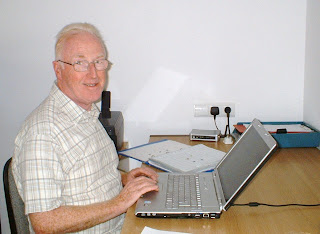 It’s happened before, so I should be used to it. But I still get annoyed when a player in my PBEM campaign fails to reply to repeated emails. It causes great disruption to the campaign, but worse it makes you wonder whether the whole thing is worthwhile. And all because someone fails to reply to an email.

Of course it is possible that they are unable to reply because of personal circumstances or perhaps their computer had broken down. But I always feel that this is a little like the old “cheque in the post” excuse. It’s possible, but pretty unlikely.

It does cause a lot of delay and inconvenience to the campaign administrator and the other players, but that is not the most annoying part. It’s the frustration that someone has treated you with an unreasonable lack of consideration and there is nothing you can do about it. The feeling that someone just can’t be bothered to reply to your mail, even though to do so would only take seconds!

This is the extreme example of bad internet manners. But what about the casual lack of consideration. The failure to reply to a mail without a reminder. There are eight players in my PBEM campaign and I have had to send 28 reminders in 13 moves. That is bad enough, but only very rarely does the eventual reply contain an apology.

Is bad manners now the norm? Reading through the forums I use, and particularly TMP, the answer would appear an obvious yes. If so is it only on the internet, or is it so in “real life” too.

We live in Spain now, and I am always pleasantly surprised how friendly and helpful people can be – both locals and “ex pats”. Of course most of our friends are “of a certain age”. The younger generation we come in contact with are usually Spanish, and they are without exception polite and non threatening – not at all like the “hoodies” I recall in our local park or the city centre of respectable Salisbury.

So perhaps the lack of good manners is now common practice. Perhaps it is me who is out of step with the world and everyone else is too busy to exercise good manners, or simply feel it is a waste of time. If so, what a sad reflection on life in 2011.
Posted by thistlebarrow at 15:29