A Year of Blogging 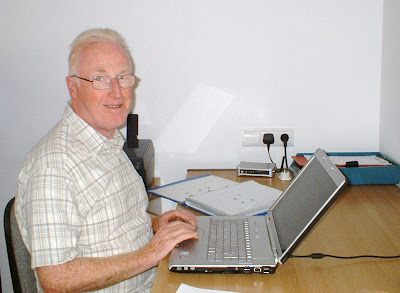 On 27 March 2009 I started my first blog. Since then it has become an important part of my daily routine and has had a great influence on my twin hobbies of wargaming and hill walking.


It is ironic that when I retired and moved to Spain I also gave up painting wargames figures. For the previous 35 years I had spent every free moment painting endless armies of wargame figures. Airfix and Hinton Hunt armies were replaced by home made ones and they in turn by Miniature Figurines. Then came Connoisseur and finally Front Rank. 28mm were soon joined by duplicate 15mm Miniature Figurines armies and those replaced by 18mm AB figures. In the late 1980s a 6mm Heroics and Ros was created. Each army was sold off to pay for its replacement with newer and better figures. But as the armies grew each replacement became a major task taking up to two or three years to complete.

In 2005 we reduced the size of our armies in preparation for the retirement and the move to Spain. Wargaming would form a major part of our retirement, but would be mostly restricted to just Jan and I. So we would not need such a large table or such large armies. About half of all three collections were sold on EBay.

When we arrived in Spain I undertook a major reorganization of our wargaming. I reorganized all of the armies to suit the size of table; I wrote new rules to provide the sort of games we wanted to play and a new campaign to provide the framework for the battles. This took about two years to finalise and complete.

By early 2009 I was finding I had time on my hands again. I had always typed up a record of each campaign battle, and wanted to make these available to wargaming friends who might want to keep up with what we were doing. That was how I formed the idea of starting a blog.

The idea was to run one blog which would cover all aspects of my interest in Napoleonic Wargaming. My main interest was my 1813 campaign, so that would form the basis of the blog. However I had not realised how much material I would want to put on the blog, nor the fact that the amount of material was limited. In July I became aware that I had already used 75% of the blog capacity.

One of the problem is keeping a blog is that it is designed to be used as a “throw away” facility. Each entry replaces the previous one, and it is difficult to use it as a source of reference. To do so you have to use the labels as an index. Even so you are very limited. The easiest way is to create a new blog for a new project.

So I decided to start a new blog to cover the 1813 campaign. The campaign is designed to provide instant battles. I have divided it into five areas, one for each of my main wargame armies. So far I have fought four solo campaigns for Jan and I, and three PBEM campaigns. This has provided about 40 wargames for Jan and I to fight.

In April I decided to start a new blog to cover the battlefields Jan and I had visited over the years. We have visited most of the Napoleonic battlefields in Europe and I though I would like to share our experiences and hopefully encourage others to give it a try. It was particularly suitable for us as it combined our interest in the period and our love of hill walking. I have published an entry every week since then, and have only covered Waterloo and Spain. I have not even started on Germany, Austria and Italy.

In May I started another blog, this time covering our move to Spain and our walking here. We belong to a group which walks each week, and for some time I had been sharing photographs taken during the walk with other members, sending them by email. It became very popular, particularly with the many casual members who live in UK but walk when on holiday here in Spain. I thought a blog would be a good idea to let them, and friends and family in UK, keep up with what we are doing. There are now six Blogs, one for each year, and more than 250 entries. This year’s blog alone has already had 740 visitors.

In September I started running the first of three PBEM campaign’s on the blog. They were very successful, but unfortunately did not provide very interesting wargames. I reluctantly decided that my 1813 campaign is not really suitable for PBEM campaigning.

My latest project is to run the campaign as a daily diary on the blog. It started on 3 March this year and each day I have posted either the daily orders or one move of the current battle. The latter was added to help the many who have shown an interest in my rules how they work. There have been 61 entries on the blog so far and it has received 643 visitors. This seems quite a lot of visitors, but it’s not many each day, and there is a lot of work required to keep the blog up. The daily orders are easy, but to record each move of each wargame requires a break between moves to take photographs and keeping a record of what each command does each move. I am not sure that there is sufficient interest to make the extra work worthwhile. But I will keep it up to the end of this campaign phase and review it then.

That just about covers progress to date. I would like to thank everyone who has followed the various Blogs over the past year, and even more so those who have taken the trouble to comment. It can be a lonely business writing a blog, and no one would do it unless they enjoyed the process of keeping it up to date. But it is nice to get occasional feedback.

I am not sure what the future has in store. But you can be confident that whatever it is, it will be covered in one or other of the Blogs.