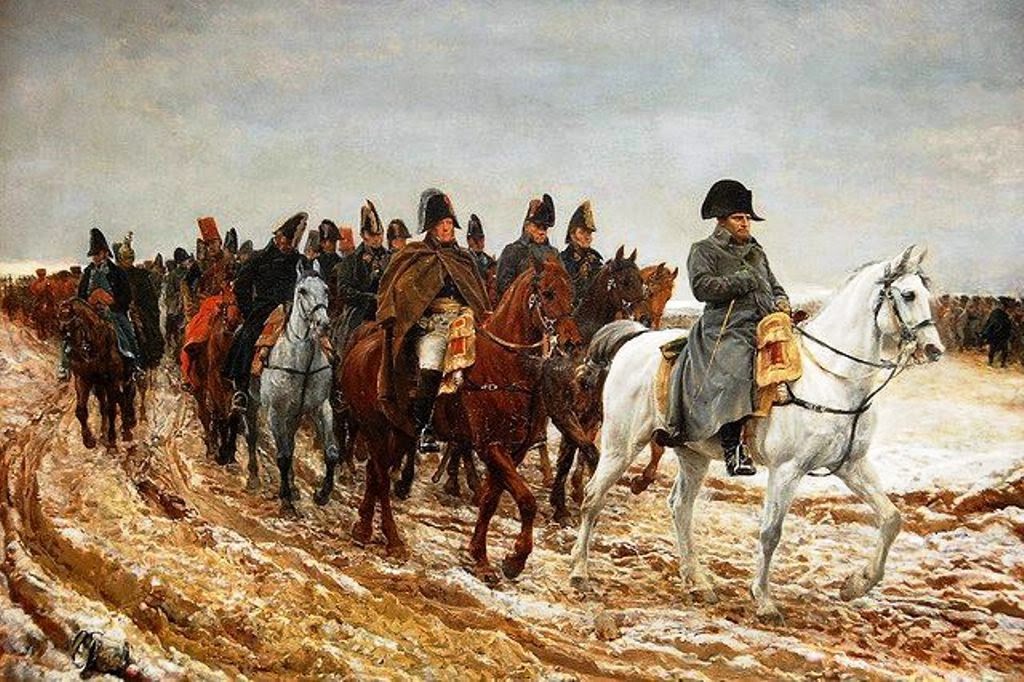 The campaign is one year old, more or less.   That is to say the first post on the campaign diary blog was posted on 22 June 2013.   Obviously the work on the campaign started earlier, not to mention recruiting the twelve players to fill the role of CinC.   But as there is no record of when all of that took place, the official birthday is 22 June 2013.    Which is a coincidence, because that is also my birthday.   Or at least the 22 June part is.
I must admit that I am very, very pleased with the campaign.  It started with the objective of providing Jan and I interesting wargames to play.   Well it certainly achieved that aim.   In fact it has provided us with 49 wargames, including the current one.   Not quite one a week, but pretty close.   And the standard of wargame has also been very good.   It has often produced battles which we would not have chosen, and they have always proved interesting and challenging.
I keep a record of when each wargame starts and ends, and I can see that throughout the year there has always been a campaign wargame on the table.    Most have taken no more than the target one week to complete.   Obviously some have taken much longer, but only if we have been on holiday.
My aim was to achieve one campaign day each week.   We are on day 31, so we have obviously failed in that objective.   But there are good reasons.   Not least having to fight each battle as a wargame.   When there is one battle per campaign day it works quite well.  But there have often been two, three or even four battles to fight in one campaign day.   This has resulted in putting the rest of the campaign on hold whilst we fought the wargames.   Then we have had holidays throughout the year, and that has also eaten into the one day per week objective.   Everything considered I think 31 campaign days in 52 weeks is a pretty good achievement.
The whole campaign is a “pen and paper” affair.  The administration is not in any way computer assisted, other than being typed and stored on the computer.   There are twelve sets of orders to be processed each campaign day, and twelve umpire reports to be written to keep the commanders updated.
I would not say that it has been hard work, but it has required two or three hours work most days.     I no longer paint wargame figures, I now wargame with them.   So the campaign has filled the hours that would previously been spent painting.
Most important it has been a labour of love.
Thanks to all those who have taken part in the campaign over the past year, and to those who took part in the earlier 1813 campaign.   Without your support it would not have been possible.   Your contribution has kept my interest in the campaign alive, and made me determined to celebrate a second birthday in twelve months.
Posted by thistlebarrow at 17:37 2 comments: 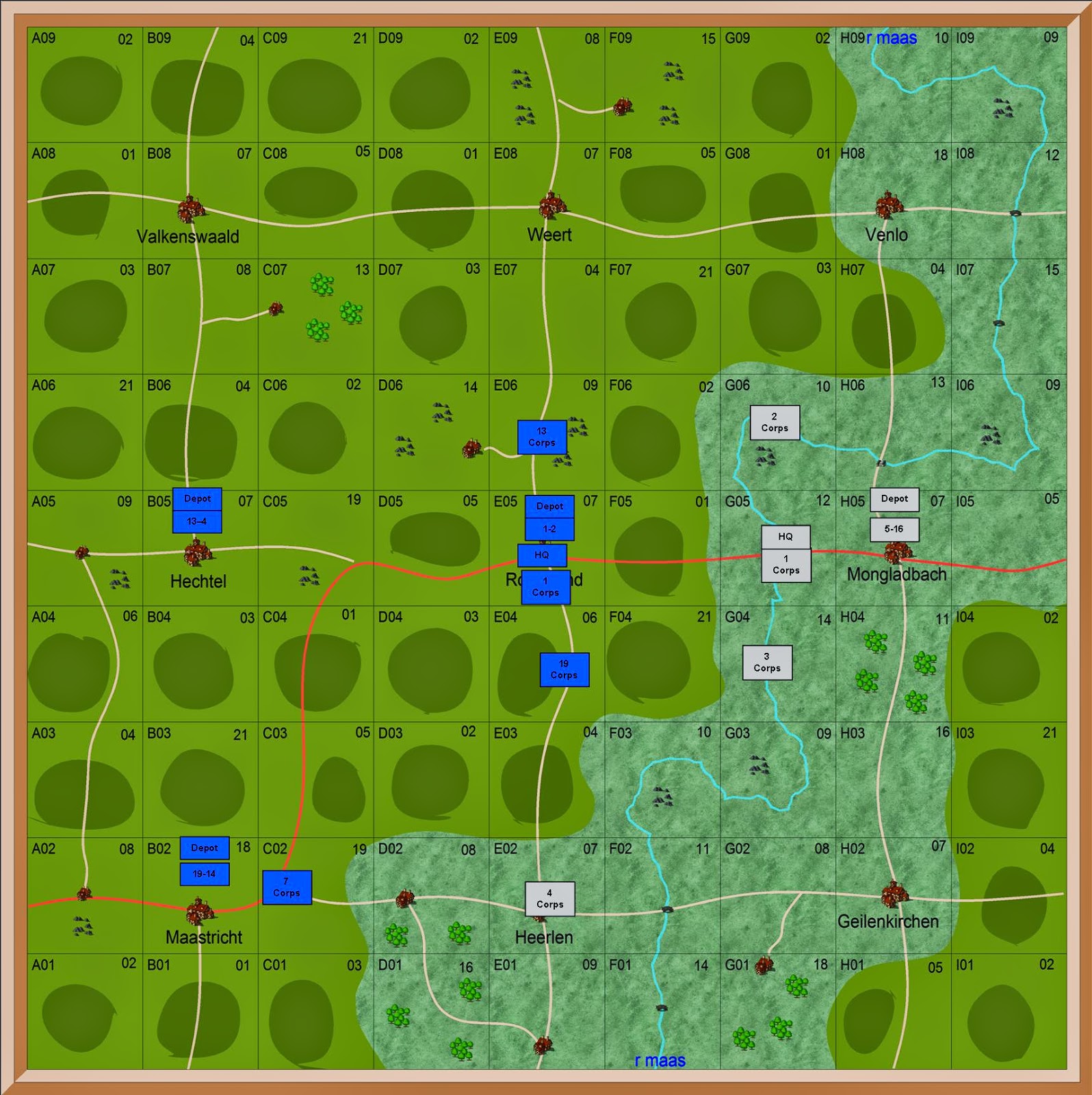 I often comment that I get very little feedback when I raise subjects on the campaign forum.   Well this week has been an exception.   There have been 32 comments in the past 7 days.

This will be partly due to having recruited two new players for the campaign.   They obviously have more questions than the longer playing players.

In addition one of the regular players commented that he would like a larger tactical map, and to have the towns less regularly spaced.   I can see his point of view, for the tactical map is not very realistic looking.   All of the towns are exactly three squares from each other.   This is because that is one days march, and it makes it easier to calculate movement and resupply.

His other comment was that he would like a larger map would create even more problems.   The current map is 45 square miles.   It was my intention to have a similar sized campaign area to the Waterloo campaign.   The distance from Charleroi to Brussels is 38 miles

But mostly it is due to a new member of the forum, who applied just too late to fill one of the two campaign vacancies.   Ion Dowman is a New Zealander, who is working on a campaign sytem very similar to my own.   Better still he has a blog where he records his progress.

Ion has asked a number of searching questions about my campaign, and has commented on the current series of questions on the forum about supply.   Its a shame that he did not apply before the two vacancies are filled, I am sure he would have been a great asset.

I have found his blog to be very interesting, and am looking forward to following his progress with his campaign.  His blog is called Archduke Piccolo and you will find it here
http://archdukepiccolo.blogspot.com.es/
Posted by thistlebarrow at 12:18 2 comments: 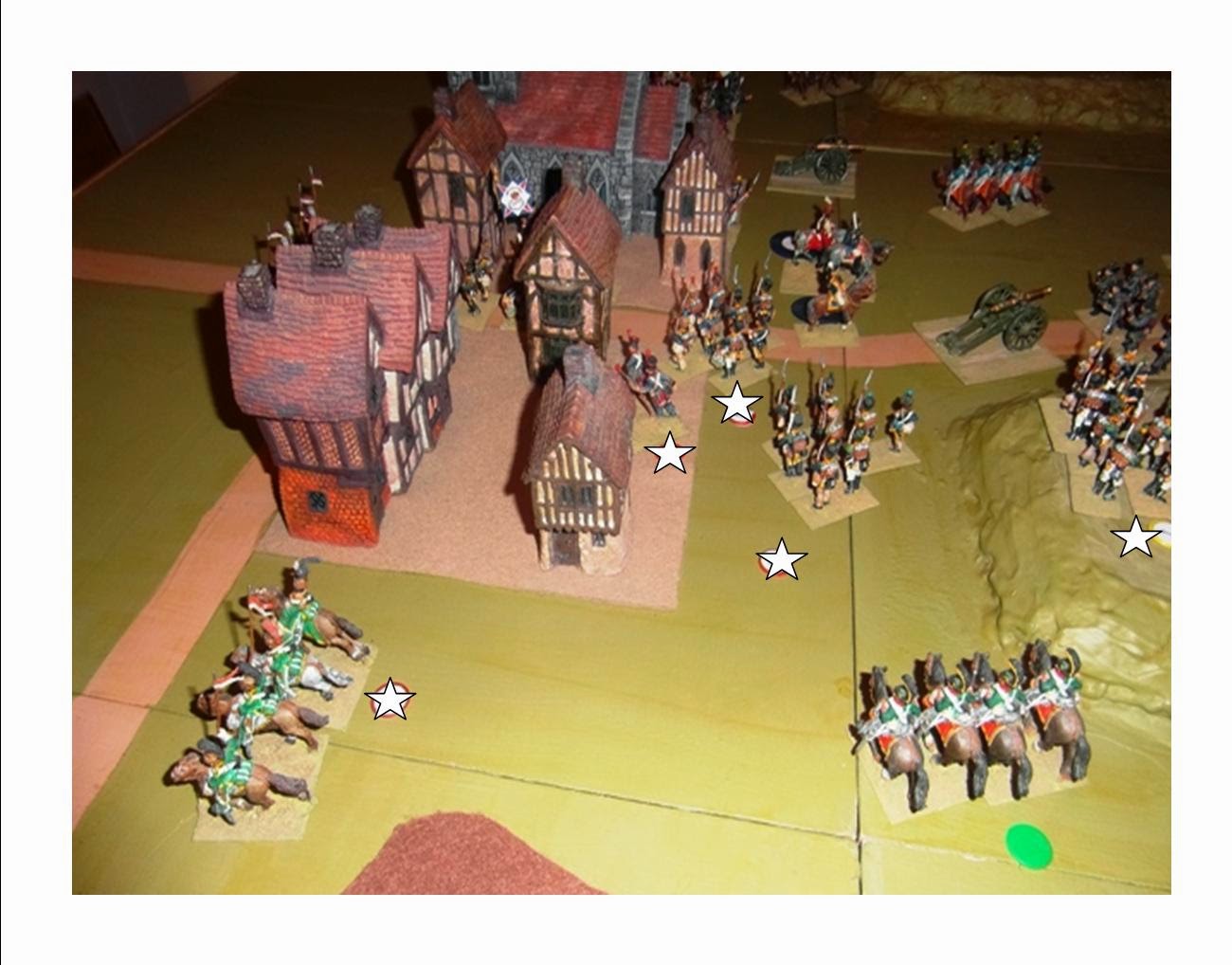 The PEBM was created to provide good battles for Jan and I to wargame, and it continues to do so.

We have had a backlog of battles to wargame over the past few weeks.   Each campaign day normally produces one, or perhaps two, battles to wargame.   Each wargame then usually takes about one week to complete.

But over the past two campaign days there have been three battles each day.   This has caused a slight delay in the campaign, because I have to keep all six campaign areas on more or less the same campaign day.   And when there is a lot of battles to be wargamed those players not involved have to wait for the rest to catch up.

Despite this the quality of the wargames continues to be very high.   We do not wargame battles where the odds are two to one or more, so any battle we do game tends to be reasonably balanced.    The interest is in the arrival of reinforcements, or often the terrain chosen.

Our latest wargame was interesting for a different reason.   It was decided by a single cavalry charge.

For the first nine moves of the game both armies suffered setbacks, but either could still win.   Then an Austrian dragoon brigade charged a French lancer brigade.   The lancers lost and routed.   A nearby French infantry brigade failed their morale check and were shaken.

The Austrian dragoons had to test morale to see what they would do having routed the lancers.   They failed the test, which means they have to pursue.   They then test to see who they will charge.   The dice decided nearest infantry, which was the shaken.   They also routed and ran.

The nearby French infantry square, which was sheltering gunners, had to test for a nearby rout.   They also failed, and joined the rout.

The result five routed French brigades, one cavalry three infantry and the gunners.   And the Austrian dragoons disordered, but without a single casualty.

With most of one corps broken and running away the French commander ordered a general retreat.

Had this been a “one off” game we would probably not have allowed such a series of poor dice to decide the outcome of a wargame.  But for PBEM campaigns we feel we should abide by the luck of the dice.
Posted by thistlebarrow at 23:20 2 comments: