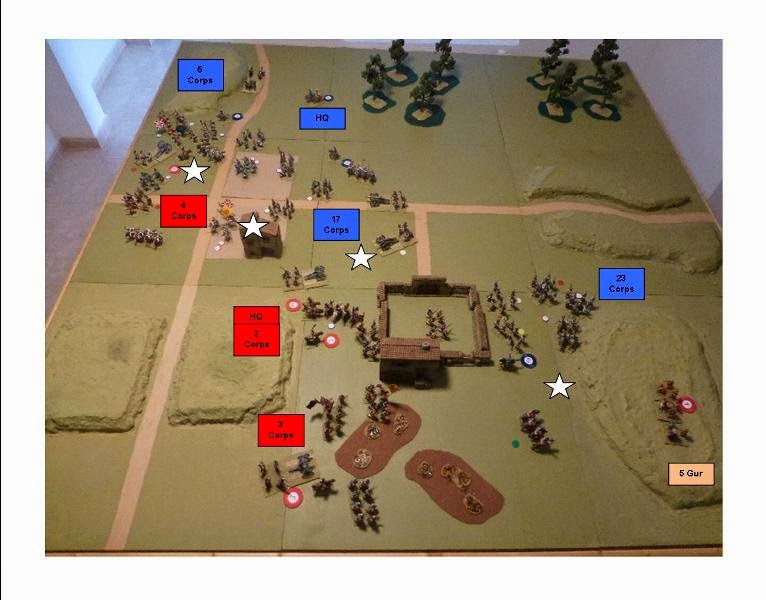 Table at end of game

The battle of Salvatiere was an evenly balanced wargame, with three corps per side.

The French had a slight advantage in infantry, but they were attacking and would need it.   They started with two corps on the table, and a third would arrive at the start of move three (of twelve)

The British started with just one corps on the table.   A second would arrive at the start of move three, and a third start of move eight.   So they would be outnumbered for two thirds of the game.  And when the third corps did arrive they would only have four moves to achieve anything.

The table layout prompted the French to attack in the north, where they outnumbered the British two to one.   Their third corps held their southern flank.  It was no surprise that the battle went well for the French, until the third British corps arrived.   The British reinforcements arrived on the southern flank, and immediately attacked. 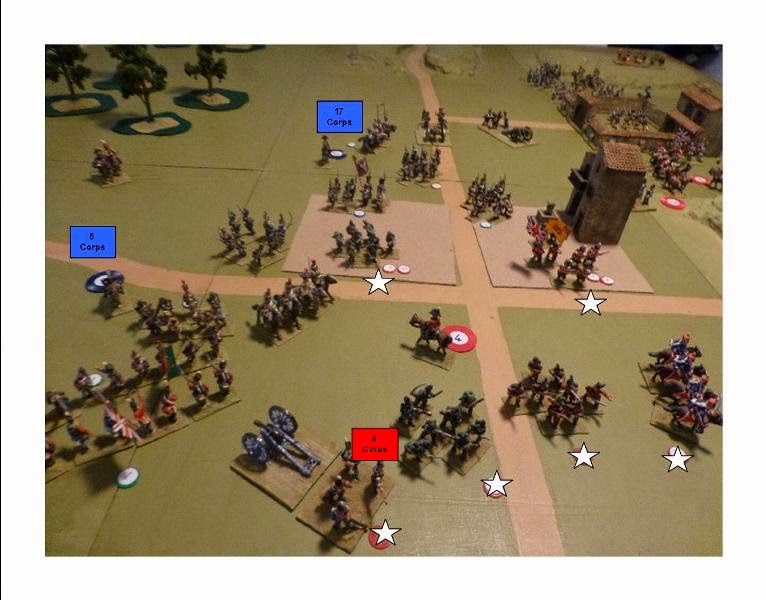 By nightfall the French held the northern battlefield and........ .........the British held the southern battlefield

The problem is that this was a campaign battle, the second of four on this particular campaign day.   It’s vital to follow the correct chorological sequence for the campaign.  There are six different operational theatres, and the campaign diary charts the progress of each on a daily basis.

So it was not possible to fight a second day of Savaltiere, or at least not at once.    The table would have to be cleared in order to fight the third of the four battles that day.

Strangely this has never happened in the campaign before.   It has always been possible to identify a clear winner, who would hold the battlefield.   The loser would retreat the next day, thus recreating the one map square necessary for the campaign.   This ensures that there is 24” between the two armies when a battle is declared and transferred to the wargames table.
I could have asked the two commanders to decide whether they wanted to fight a second day.   But it would have meant setting up the table again, and it would have been impossible to recreate the exact locations at the end of the first day.

In addition the British had five brigades in rout, and the French four brigades.   Both had also suffered heavy casualties, and their formed brigades would have been very brittle during a second day of battle.

So I called it a draw, and declared that both armies would have to retreat the next day.

No complaint from the two campaign commanders, but I feel a little guilty to have enforced such a decision.   I know it’s only a game, but it is one which I take very seriously.    And I have a nagging doubt that I should have allowed them to decide whether to fight a second day.   It would have been a very short, and a very bloody, battle.  But at least it would have been their decision.

Posted by thistlebarrow at 10:37 No comments: 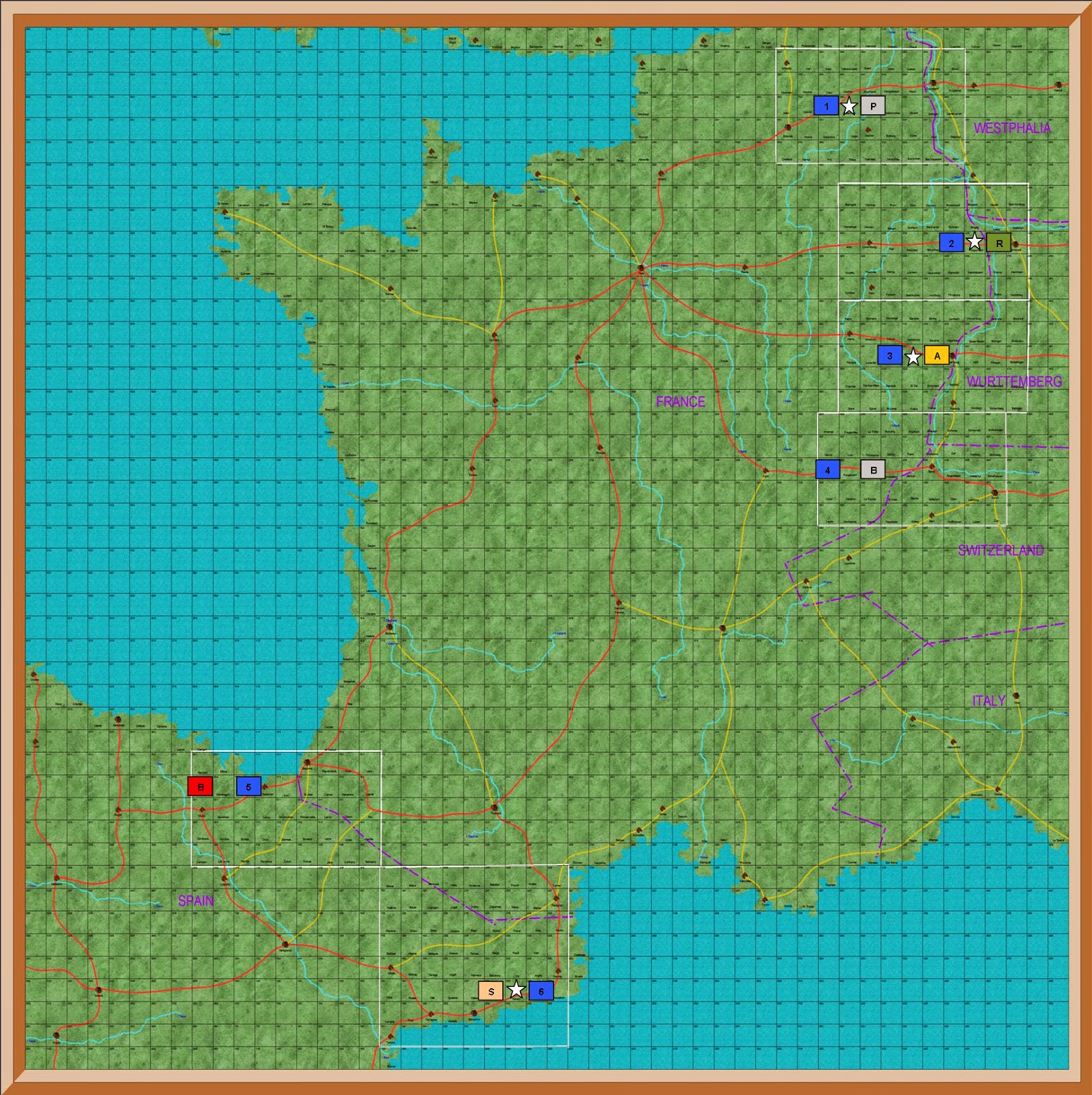 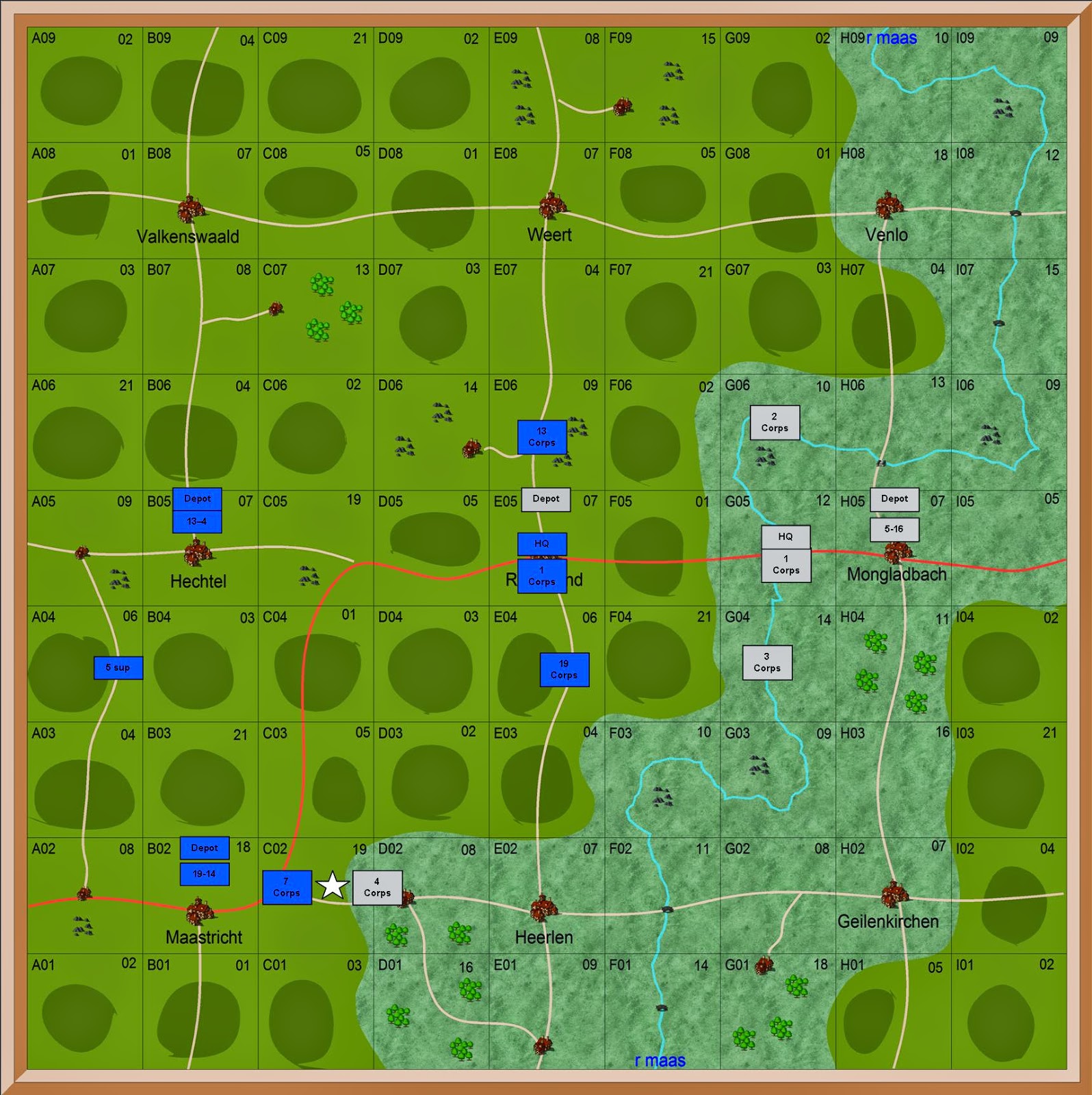 Posted by thistlebarrow at 12:39 No comments: