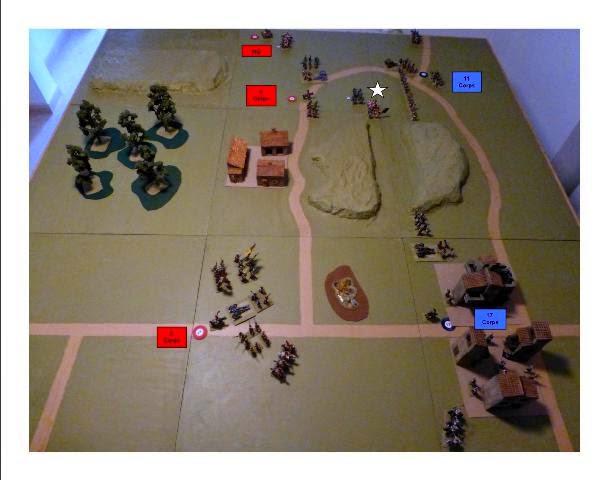 This was an interesting wargame, where the traditional tactics were reversed.

There were two corps per side.

On the right    A French corps held a strong defensive position around a town, and the British were not strong enough to attack.   A second French corps holds the road junction to the north of the town.

On the left  one British corps pins the French around the town.   A second British corps advanced in column against a French corps deployed in line.   I know Wellington did not organise his Peninsular army into corps, but in our PBEM campaign we do for ease of comparison.   Each corps has four infantry brigades, one cavalry brigade and corps artillery

When I collected our armies, many years ago, this type of formation would have been a division.  This particular collection was my light division.  It has two rifle, one line and one cacadore infantry formation.  They were battalions, they are now brigades.   I don’t actually call them the light corps, as that sounds too strange even to me.   But it was interesting that they would attack in column.

The French were in defence, and their artillery pounded the British infantry as they advanced.   Fortunately they were all good quality troops, even the Portuguese were B class, so they soaked up the casualties and closed with the French line.

Our wargame rules allow infantry to advance half a move and fire each turn.   But they cannot move, change formation and fire in the same turn.   The British could advance into skirmish range of the French line, and still fire.

But if they moved within musket range, and then changed formation, they would not be able to engage in a fire fight until the next turn.   The French would be able to skirmish fire as they deployed.   With the casualties the British had already suffered they might well break and run before they could fire.

In our wargame rules infantry are classed for both skirmish and volley fire.   The rifles were excellent skirmishers, but poor volley fire.   So they did not close with the French, but carried out an extended skirmish battle.

It lasted four turns, with both sides suffering casualties.  But in the skirmish fight the French suffered more than the British.   In addition they were all line infantry, and two of the brigades were conscripts.   Eventually one of the French brigades failed their morale and ran.   The panic spread, or perhaps the morale dice were not so kind to the French, and the other three brigades broke and joined the rout. 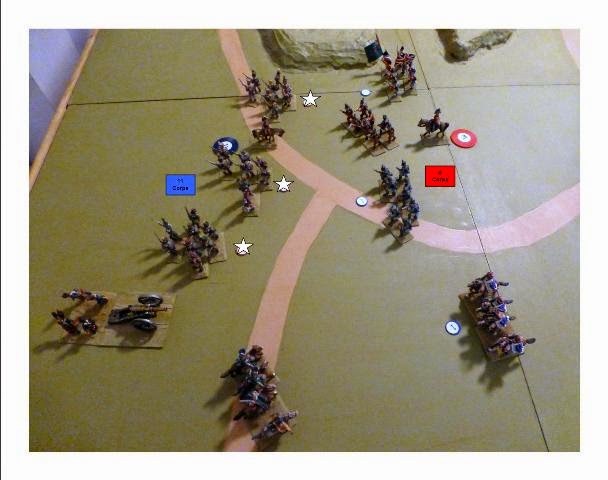 A very satisfying wargame.   Neither side had all the luck of the dice.   For four moves it could easily have gone to either side.    Finally better morale won the day.

Posted by thistlebarrow at 20:17 2 comments: 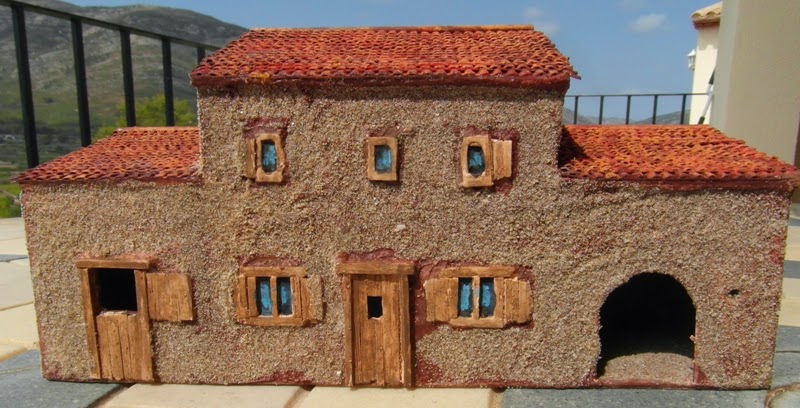 Jan has been busy making her first farm complex.   This is the farm house itself.

Large barns don’t look quite right with a Spanish farm.  We live in rural Spain, and walk a lot in the surrounding hills.   We have been taking photos of farms, both occupied and abandoned.   Most seem to have small outbuildings similar to these two. 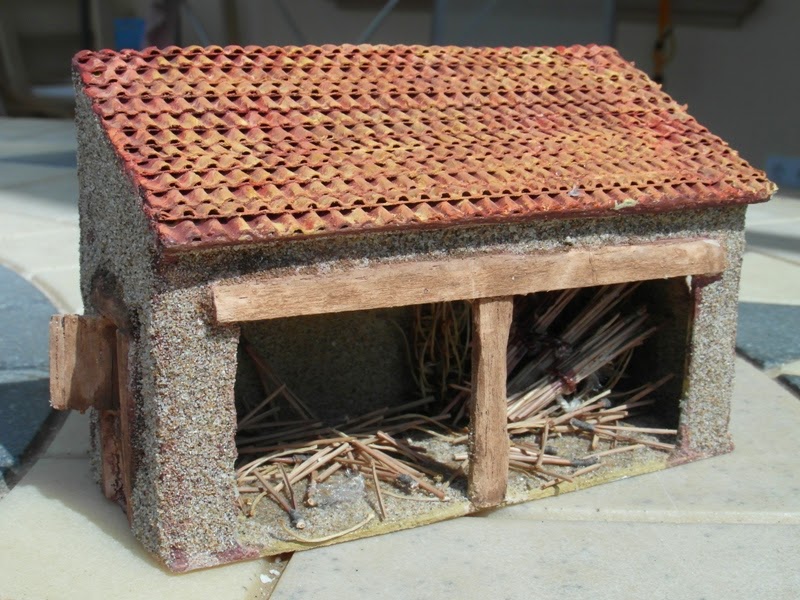 This is not meant to be a wood store, but it looked very empty when finished.   So we added bundles of wood to add interest. 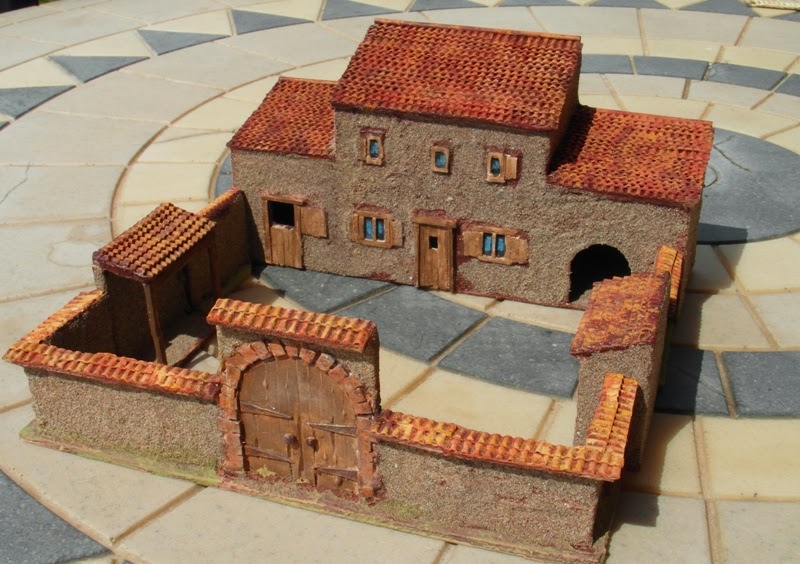 This is what the whole complex looks like.   The intention is to have sufficient suitable buildings, and wall sections, to be able to make at least two farms.   In our wargames we usually have a town section of two to four sections, plus one or two villages or farms with just one section.
Posted by thistlebarrow at 11:33 No comments: