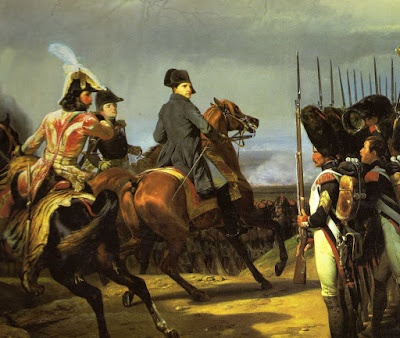 Great news today, Trevor's 1806 Campaign is still running. I had heard nothing for almost a week, and had sent him an email to ask what was happening. I received no reply, which is very unusual as he normally replies at once.

As the days went by and still no news I began to fear that he had just decided to pack it in. From the little I know of him, it would be out of character not to tell the other players involved. But when you only have contact with people over the internet you don't know them well enough to be able to judge.

Then this morning an email explaining the delay. Trevor lives in rural Wales and a local builder had damaged the telephone lines, resulting in the loss of all computer and telephone access for the whole village. And when it was reconnected all of the lines were mixed up. I though that sort of thing only happened here in rural Spain!

Anyway he now has 200 plus emails to plough through and then the campaign will be up and running.

Well done Trevor, welcome back.
Posted by thistlebarrow at 18:00